The fertile window – getting your timing right.

The time during the menstrual cycle that a woman is fertile is called the fertile window. In general, a woman’s fertile window is the day of ovulation and the 5 days preceding it. For the average woman that occurs somewhere between days 10 and 17. But the problem is that few women are average. 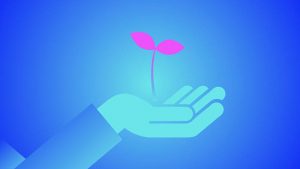 The Billings Ovulation Method is one of the most modern, simple, and effective methods of natural family planning. By learning to identify natural signs of fertility millions around the world have used the method to achieve pregnancy. The Billings ovulation method is a method in which women use their vaginal mucous to determine their fertility. It identifies patterns of potential fertility within the cycle, whatever its length. In the days leading up to ovulation the cervix responds to oestrogen by producing mucus capable of sustaining sperm survival. It’s clear and it feels slippery — kind of like raw egg whites — and can be stretched between your fingers. These “slippery days” are the fertile days, when you’re the most likely to get pregnant. For your best chances of conception, time intercourse to coincide with this phase.

How can acupuncture help?

With acupuncture and also with the use of herbal medicine we aim at optimising the hormonal balance so that there will be sufficient fertile mucus before ovulation. This will then improve the fertility rate.

How can I make an appointment?

You can call us on 0414 067 874 or send us an email at marieke@naturalsolutionstcm.com. Alternatively click here to make an appointment online.