The Nature of Children

Treating children is a fine art, it is definitely not like treating a smaller version of an adult. Their bodies and brains are wired differently and it is really important to understand how exactly they are different to be able to give them the right treatment and keep them healthy.

Children have a unique nature and it is important to understand why they become ill. There are many factors in a child’s life that can have an impact on their health and we don’t want to jump to conclusions too quickly. One child’s poison is another child’s cure. For example, one child may tolerate dairy food well, whilst in another it may cause eczema.

In Chinese medicine however, there are some universal truths about the nature of children that are important to keep in mind when we want to improve their health. Let’s have a look at the most common ones.

1. Children are Delicate and Incomplete 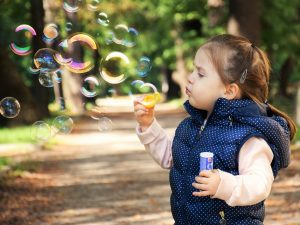 The ancient Chinese stressed the great vulnerability of young children and their need for meticulous care and attention. The main reason for this is that a baby doesn’t come out of the womb fully formed.

The size of a baby’s brain in relation to their body is bigger than that of all other mammals. Humans also have a relatively small pelvis so that they can walk on two legs. As a result, babies are born at a much earlier stage of their development than nearly all other animals and they are incapable of meeting their own needs.

You can compare a baby to a seedling. If we plant the seedling outside, it is unlikely to flourish. It may struggle to defend itself from the elements and find enough nourishment to survive. That’s why we nurture seedlings in greenhouses. We need to apply the same level of care to babies and young children.

The delicacy of a baby does not mean they should be wrapped in cotton wool either though. Only through being exposed to the elements, children grow strongly. Parents have the difficult task to find a balance between protecting and exposing their child.

A great example of this is  “The Hygiene Hypothesis”. It suggests that a lack of exposure to germs and infections during childhood could be a possible cause of the rise in allergies. More recent research, which shows that children raised on farms have fewer allergies than those raised in cities, would appear to confirm this. 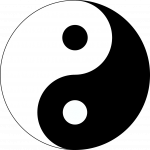 Yang energy enables a child to grow and develop, it enables change. Children have an extraordinary ability to grow and change. Within the first year of life, most children will have learned how to make sounds, sit up, crawl, point at things, hold things, chew…. They have usually tripled their birth weight. Children have a quality of Yang that adults simply don’t possess.

Many aspects of modern life have a strongly cooling effect on the child’s energy and they often suffer from conditions which are cold and/or deficient in nature. 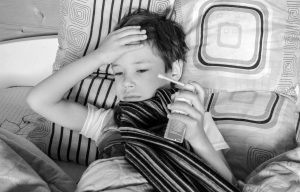 Yin energy enables a child to be still, consistent and resilient. As we saw above, Yang energy is abundant in children but without a strong Yin foundation to support it, children’s energy will quickly fade. A child may be quite happily running around and playing, but then suddenly appears really tired. Mood changes can also happen instantly.

Saying that a child’s Yin energy is insubstantial does not mean this is a pathological state. It is simply that Yin is still in the process of developing and therefore needs to be nurtured and protected.

The combination of abundant Yang energy and insubstantial Yin energy is what makes children prone to fevers and means that he fevers may rise substantially and quickly.

4. A Young Child is not able to Self-Regulate 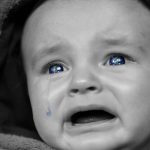 Children can become ill at alarming speed. A high fever can appear in minutes and illnesses can sometimes become life threatening quickly. The reversal is also true, the child may be completely healthy again the next morning. This can occur because the energy of a child moves rapidly and easily leaves its path.

There are other subtle ways in which young children are not able to regulate their energy. They can become upset at a relatively trivial event and will need to have the presence of a calm adult to find its balance again.

5. A Child’s Spirit is strongly influenced by what is going on around them

From a Chinese medicine point of view the Spleen energy is underdeveloped and weak in children and therefore their spirit is not well rooted. This explains why children become so easily upset.

Young children have very little ability to protect themselves against their environment. Therefore it is said in the Chinese classics to not let children hear loud noises and not let them be frightened but be still and gentle in their presence.

This is also mirrored in modern psychology. Skynner writes: “The parents have to shield their child almost completely from outside disturbance and keep them warm and comfortable, so that they don’t get hungry and are protected from too much noise and upset.”

Chinese Medicine theory is enormously well suited to the kind of problems for which children need treatment. The stumbling block is often the perception that most children will not tolerate needles but in actual fact most will tolerate it when it is approached in the right way.

Apart from that, the Chinese medicine practitioner has many other modalities available. They can use acupressure or meridian massage (tui na), a laser pen or a technique called shonishin (a gentle, non-insertion style of Japanese acupuncture).

The factors that influence which modality will be used with a particular child are:

How can I make an appointment for paediatric acupuncture?

Marieke looks after the paediatric treatments at Natural Solutions Acupuncture. Her teacher is Rebecca Avern from the UK, one of the world most renowned paediatric acupuncturists. You can book a paediatric appointment here or give us a call on 0414 067 874.