How important is a Sperm Analysis? 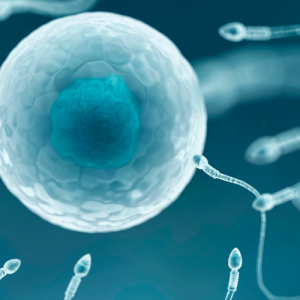 Have you and your partner been trying to conceive with little luck? It’s very likely you have been told that the reason for failing is due to female factor(s). A sperm analysis however is a very important part of the puzzle and, even more so, a correct interpretation of it.

About one in five Australian couples have difficulty getting pregnant and male infertility accounts for approximately 40% of these cases. However, most of these men were informed (and liked to believe) that they have perfectly ‘normal’ sperm in semen analysis.

How are the sperm samples collected?

A sperm test can be done with your medical doctor or the fertility specialist. It requires the collection of an ejaculation in a sterile plastic jar, which is then examined quickly in the laboratory. The examination needs to happen within 2 hours of collection.

The sample is usually collected at least 24 hours after and within 5 days of the previous ejaculation. This is because once the sperm is in the testes for too long, the motility may diminish and the results are inaccurate.

How is the sperm sample analysed?

Current World Health Organisation (WHO) looks at the four following parameters in the assessment of male fertility:

Normal sperm parameters according to the WHO

The following table shows the amended standards of ‘normal’ parameters set by WHO over the last two decades:

From the table above, we are seeing a phenomenon – the sperm reference ranges have plummeted over the last 20 years. The total number of viable sperm has decreased 99% since 2000.

Less than half of the sperm swim in the right direction; and only a small percentage of sperms stay intact in normal forms (i.e. no deformities of the head, midpiece or tail).

Male factors in fertility are generally under tested, under diagnosed and under treated. The couples are often misclassified as having “unexplained infertility”, or worse still – diagnosed as having “old eggs” or some other female condition.

When it comes to treating fertility in TCM, we value both partner’s contribution as it takes both the egg and sperm to make an embryo. Only healthy sperm make healthy babies.

Who will benefit from male fertility treatment?

If your sperm numbers are in the last column of the above table, you sperm is suboptimal for fertility. You would definitely benefit from improving your sperm potential.

In TCM, the following symptoms also indicate disharmonies in organ systems that are important in reproductive functions:

If you suffer any of these symptoms it is also strongly recommended that you come and see us for a formal consultation.

How do I make an appointment?

You can make an appointment for male fertility treatment here or you can give us a call on 0414 067 874.